Skip to main content
Close Search
In the News

CBS46: A city within a city, Atlanta’s biggest homeless camp right next to Buckhead

By Bruce FreidesAugust 6, 2021No Comments 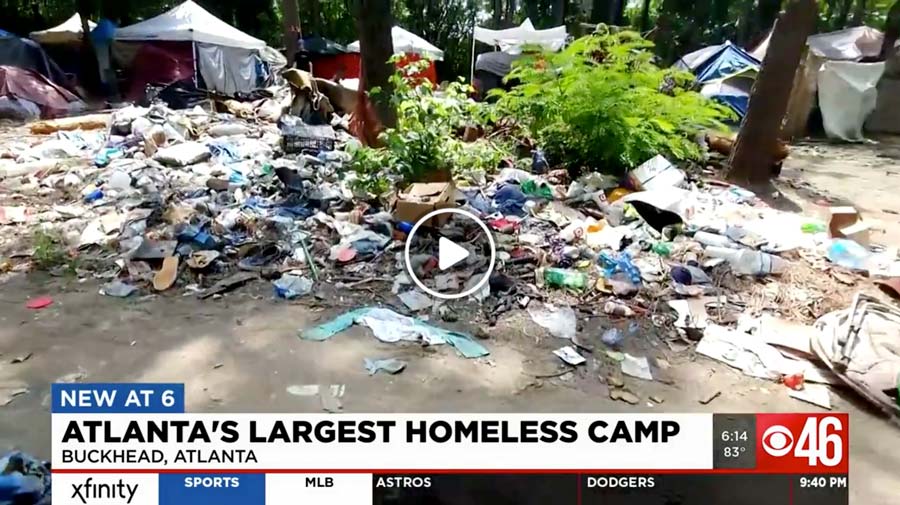 ATLANTA (CBS46) — If you’re driving down Buford Highway in Buckhead it would be easy to drive right past Atlanta’s largest homeless camp and have no idea it’s even there.

The people who call it home, call it a city within a city.

“They refer to this [homeless camp] as ‘The Hill,’” said Branden, who has lived on-and-off at ‘The Hill’ for six months.

“I don’t think there is enough help,” said Tracy Thompson, who is part of the The Elizabeth Foundation who aids the homeless at ‘The Hill.’ “There’s definitely not enough shelters to house people and there aren’t shelters that allow for couples, which is huge problem, because there are many homeless couples.”

Thompson said there are more resources for the homeless than before COVID, due to many becoming homeless during the pandemic. She said the hours needed to help the homeless is what is lacking as many who are homeless have trust issues, stemming from disbelief in a system they believe has rejected them.

If people would like to help, Thompson said they are looking for people to clear away the piles of garbage and donate rat traps to help with the large rodent problem.

Click here to read the full story on CBS46.com.